play
fullscreen video
close video
A real petition of a woman asking for help is enlarged to the size of a building for the authorities to see.
On March 20, Turkey withdrew from the Council of Europe Istanbul Convention, protecting women against domestic violence. This decision was met with protests in Turkey because, in 2020 alone, 409 women were killed. Many of these women had written petitions to the State Prosecution Office asking for protection repeatedly, but the authorities ignored them. We Will Stop Femicide Platform wanted to make this problem visible.

A real petition of a woman was enlarged to the size of a building with the headline taken from her own words: "I don't want to die." The outdoor petition went viral within hours, shared by millions. Twelve hours later, it was taken down, sparking a reaction from the crowds even more. The outdoor poster became a motto, t-shirt, filter, and artwork creating its own media. The opposing municipalities joined the movement by hanging it for free all over Turkey. The "I don't want to die" outdoor has been the most shared visual. More importantly, the people who supported the Istanbul Convention increased from 39.5% to 53.4%. 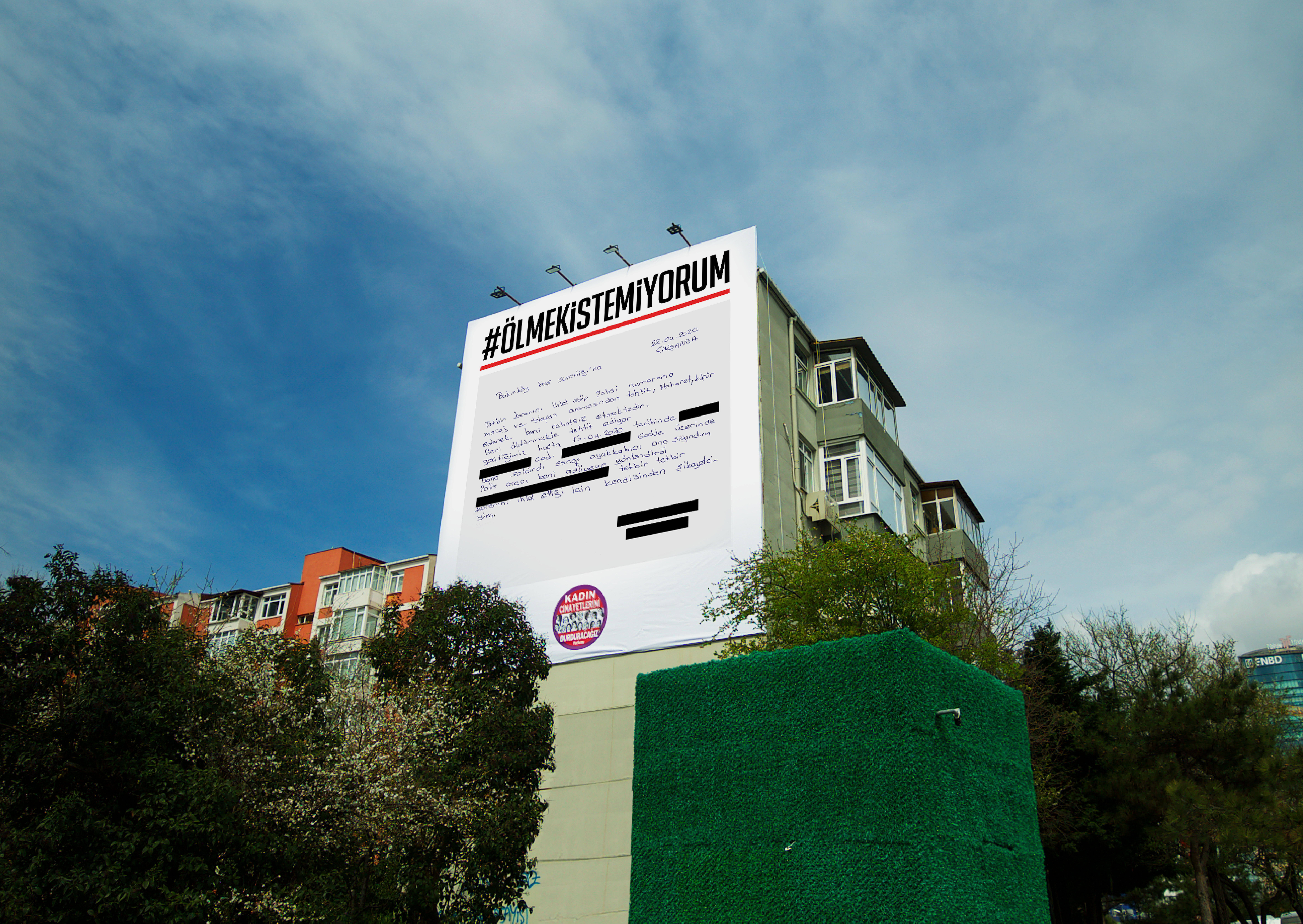 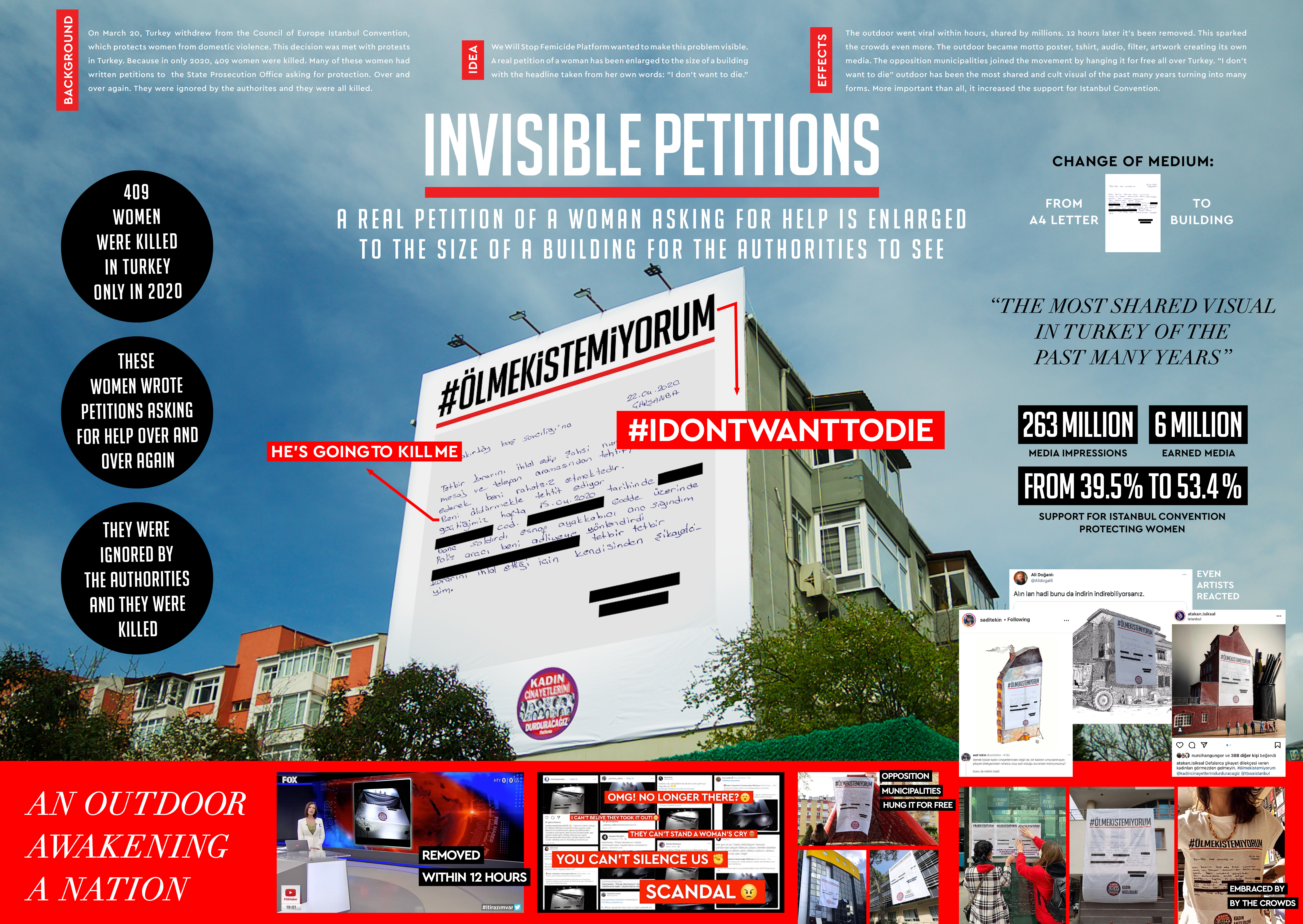