play
fullscreen video
close video
Adidas and Billie Jean King are here to create change.
In 1973, Billie Jean King played the most important tennis match ever: The Battle of the Sexes. That day, she changed the male-dominated tennis establishment in a pair of blue adidas. For the 45th anniversary, adidas could have re-released her shoe. But that's not how BJK would do it. She prefers to change things. So TBWA\Chiat\Day NY and adidas teamed up to do just that; turning the most iconic adidas into blue BJKs. And at the U.S. Open they invited everyone to BJK their shoes – no matter what brand. For the first time ever, a brand utilized other brands to launch a shoe. 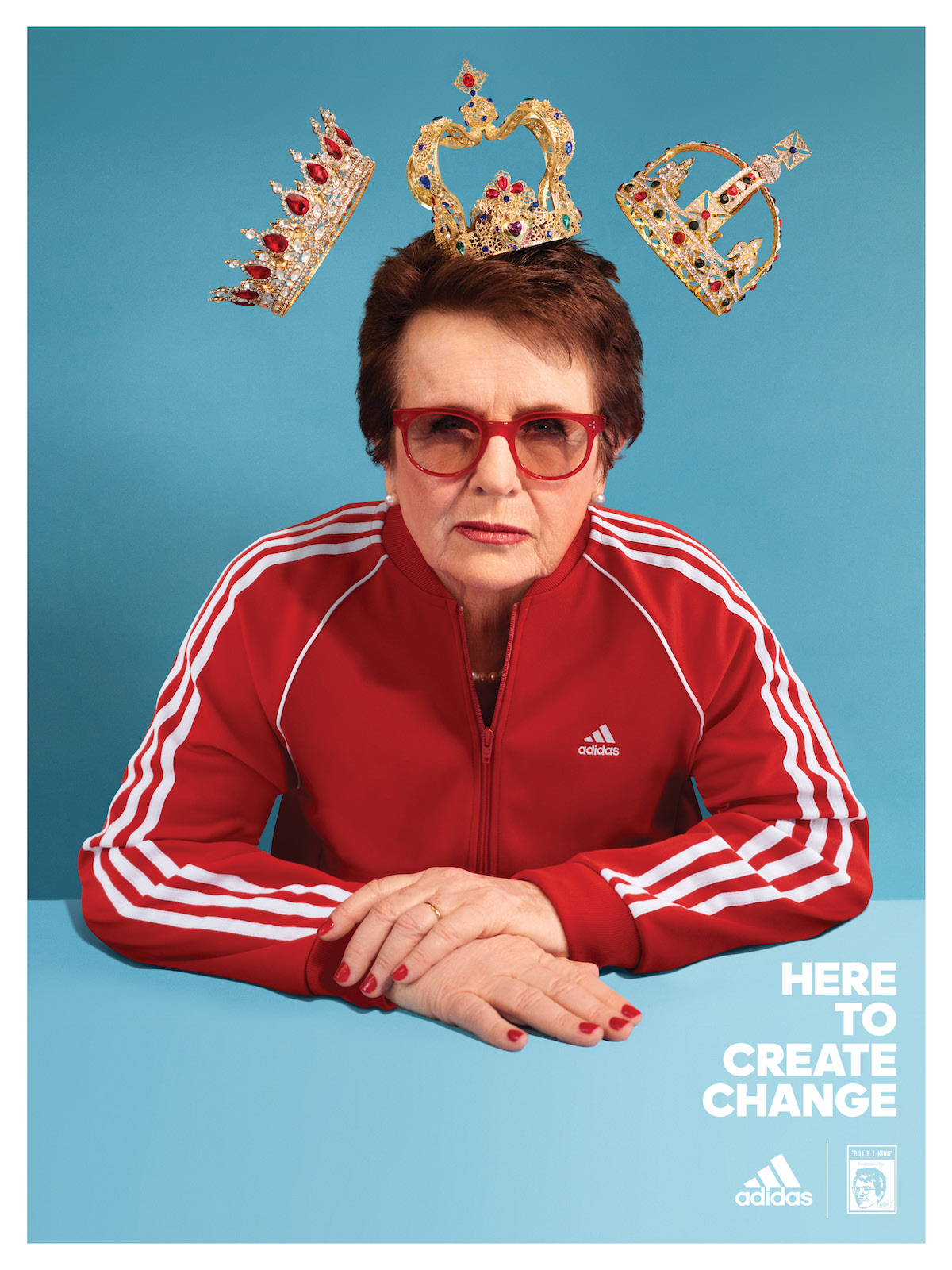 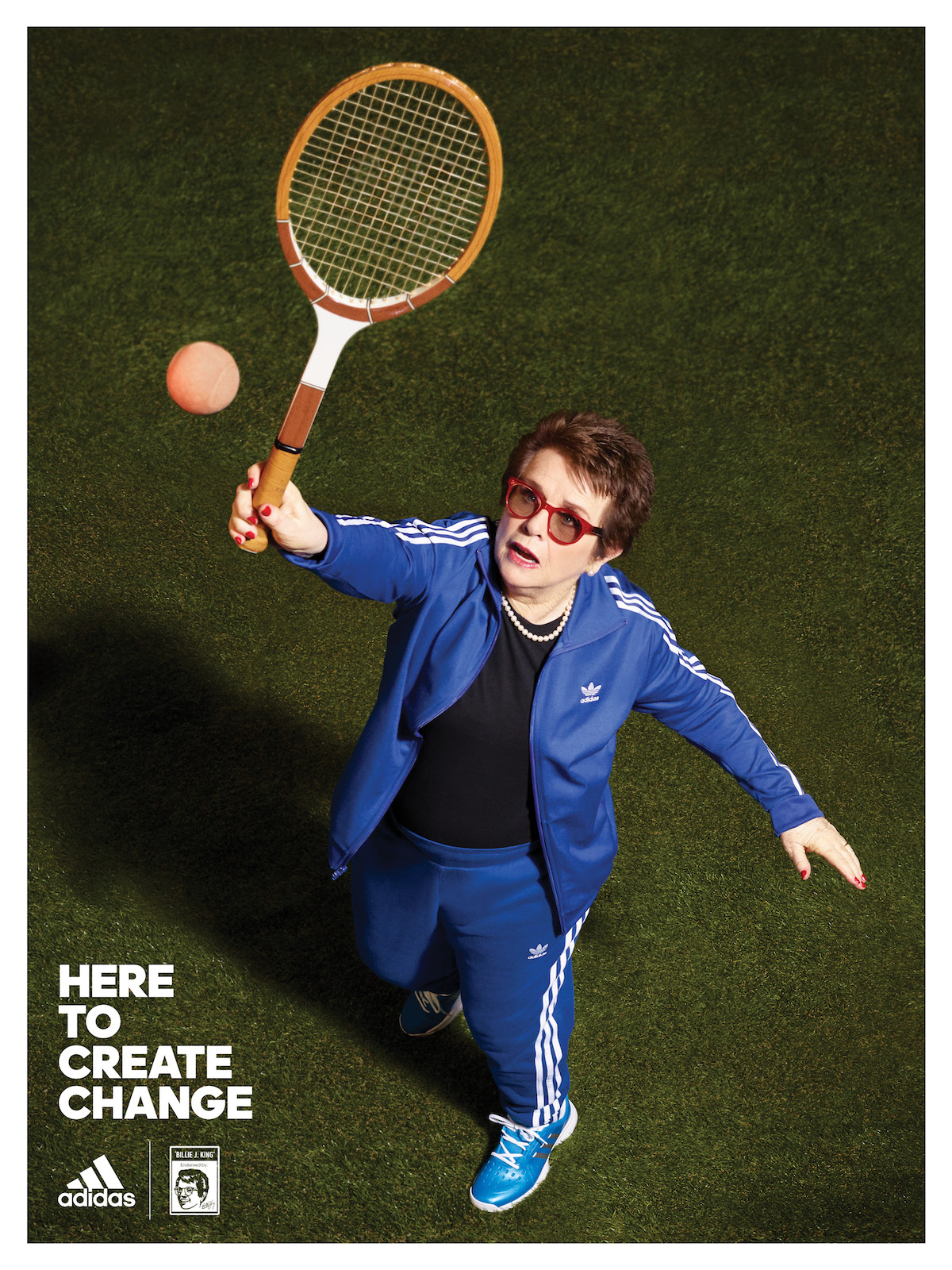 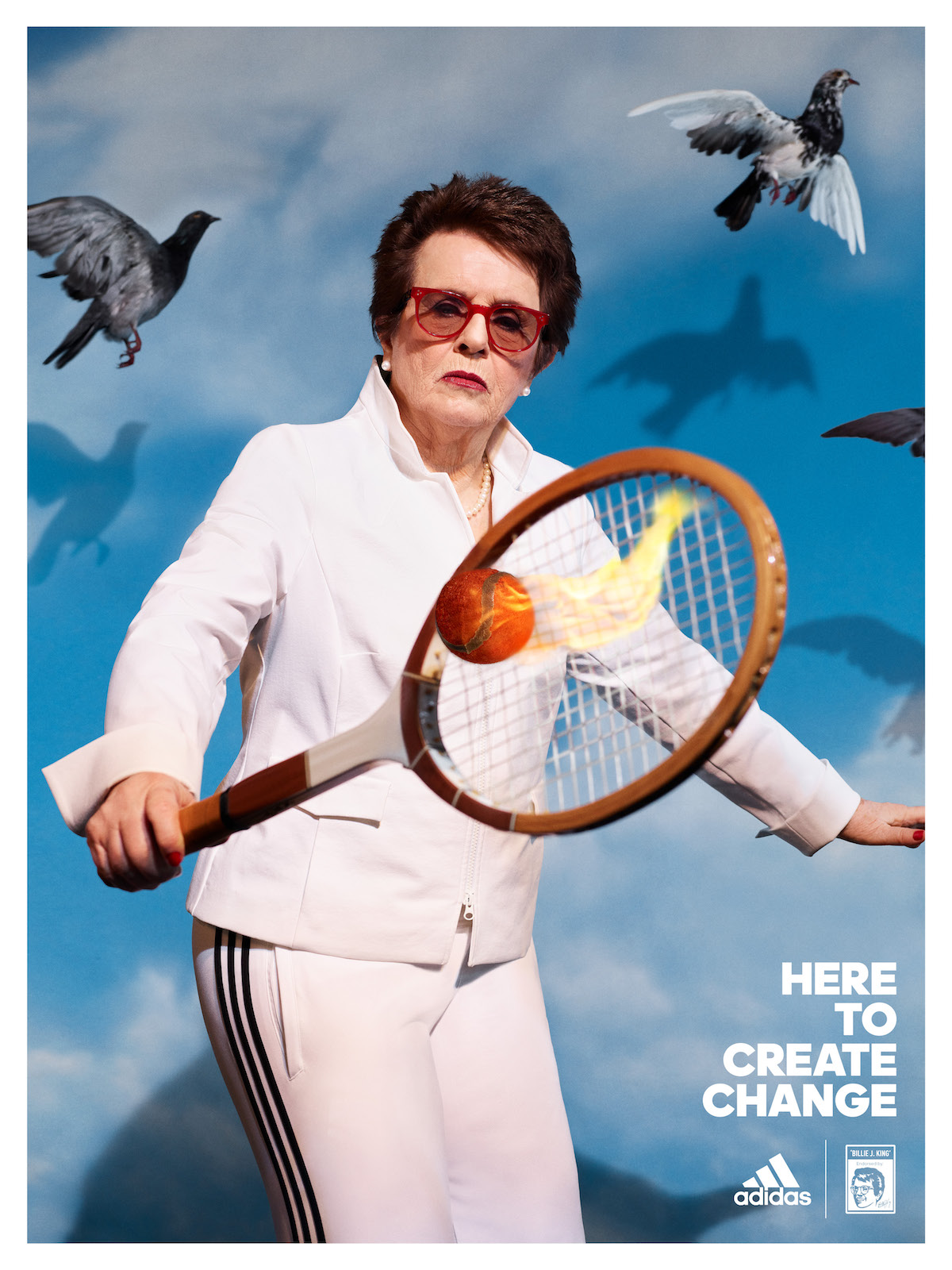