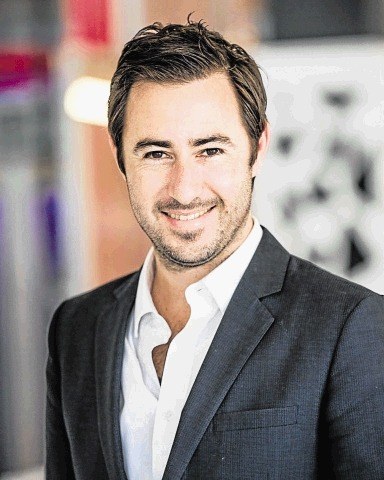 Set to replace Sean Donovan after he was tapped for the role of President, TBWA\Asia earlier this year, Gallarelli will lead the multidisciplinary group of agencies within the TBWA collective in South Africa, including TBWA\Hunt\Lascaris (creative), GRID (design), Yellowwood (strategic consultancy), HDI Youth Marketers (youth marketing) and Magna Carta (PR). He will also partner with TBWA’s 19 affiliates on the continent outside of South Africa. Gallarelli will report to Cem Topçuoğlu, President, International, TBWA\Worldwide.

Gallarelli joins the company from Ogilvy South Africa, where he was Group Managing Director across three different campuses. During his almost 15 years at Ogilvy, Gallarelli climbed the ranks to a leadership position that saw him responsible for an agency group of 800 people. Under Gallarelli’s leadership, Ogilvy South Africa tied with TBWA to be named Creative Circle Agency Group of the Year 2018.

Gallarelli’s ability to drive growth, build and lead powerhouse teams, and establish trusted relationships across his agency and client partners puts him in an exceptional position to lead TBWA’s trailblazing agencies across South Africa.

Sean Donovan, President, TBWA\Asia, and former Group CEO of TBWA\South Africa, said, “We are delighted to have Luca coming on board to lead the Group. He excels at creating environments where creativity can thrive, and understands the needs of both smaller, entrepreneurial companies and complex multinationals. He’s going to be a fantastic leader for clients, our people and our product. Most importantly, he is the right cultural fit—he’s ‘one of us.’”

Troy Ruhanen, CEO, TBWA\Worldwide, said, “Luca’s passion for creativity coupled with his business acumen fits the TBWA mold perfectly. He is the ideal successor to Sean, and we can’t wait for him to join our world-class South African Group.”

Topçuoğlu added, “Luca is a trusted partner to clients and creatives. He has consistently been a catalyst for innovation and has an innate belief in the power of disruption, evident through the work he’s been part of over the years. We are thrilled to have him build on our strong position in South Africa.”

This appointment comes at a time of positive momentum for the TBWA\South Africa Group. Two weeks ago at the Loeries, TBWA was named Regional Agency Group of the Year for the second year in a row. In June, TBWA\Hunt\Lascaris saw itself recognized as South Africa’s leading agency at Cannes, for the second successive year, taking home a Cannes Gold Lion for its groundbreaking radio campaign for Town Lodge, and the first-ever Lion for work created in Zulu.

Prior to taking on the Group Managing Director role across Ogilvy South Africa, Gallarelli served for four years as Managing Director, Ogilvy Cape Town. Under his leadership, the agency grew into a dominant national force employing 300+ while never diluting its thirst for creative success, culminating in a Cannes Grand Prix for Carling Black Label’s Soccer Song for Change activation in 2018.

Gallarelli has been a member of Ogilvy South Africa’s Holding Board, as well as Ogilvy Africa’s Advisory Board since 2014, and was selected in 2015 as one of 15 global leaders to participate in the Ogilvy SMP Senior Management Programme. Past experience also includes several years at the Jupiter Drawing Room, where he rose to the position of Group Account Director and helped lead some of the agency’s most diverse and complex accounts.

Says Gallarelli: “TBWA has always stood out as a collective supremely confident in who it is and what it represents. Uncompromising in the talent that it attracts. Uncompromising in the quality of relationships that it fosters with its clients. And uncompromising in its quest for creative excellence. As someone who is deeply passionate about the creative product, this is something that I want to be a part of. Furthermore, the opportunity to work across a group of outstanding companies with an unparalleled breadth of capabilities and the proven ability to integrate was too compelling to pass up. I am humbled at the opportunity to be a part of this iconic agency collective’s story.”